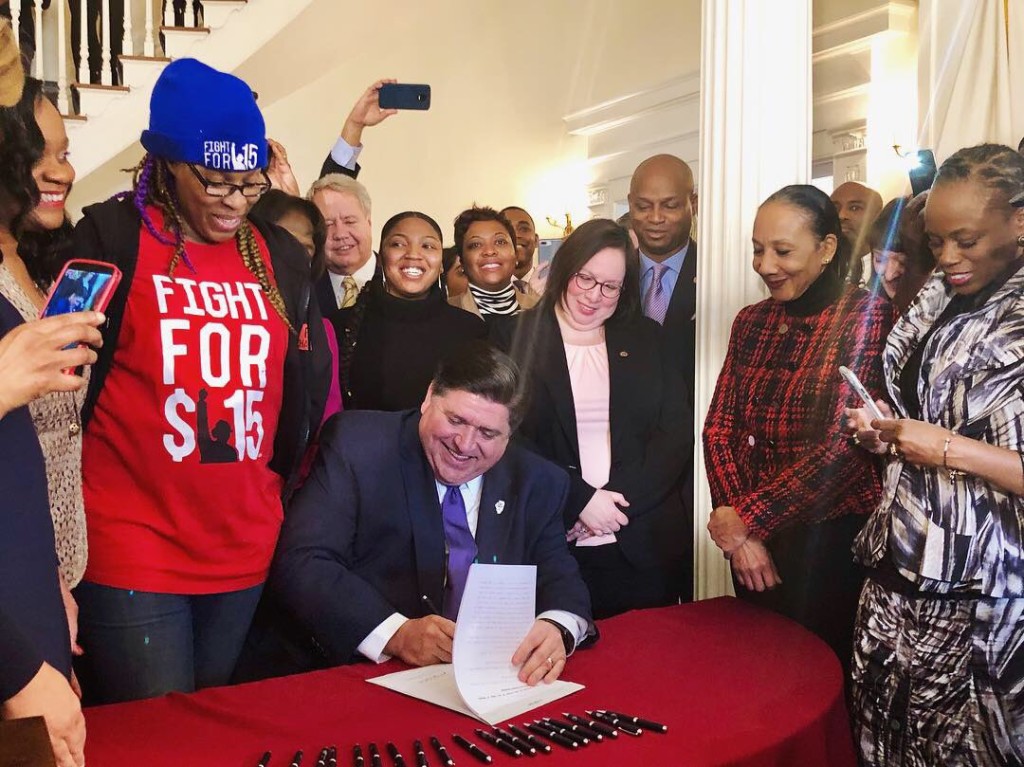 (February 19th, 2019. Springfield, IL) — Tichina Haywood met then gubernatorial candidate J.B. Pritzker at a roundtable event on September 17th at SEIU Healthcare’s office with fellow hospital service workers.  They each systematically told their stories about trying to survive on poverty level wages, their struggle with always being short staffed, and how unaffordable their hospital’s own health insurance is and the profound unfairness of treating sick patients when workers couldn’t get their own care. Those hospital workers spoke bluntly about our fight against the hospital industry, one of the most powerful special interests in Illinois, especially with the corporate healthcare lobbyists at the Illinois Hospital Association (IHA).

At the end of the roundtable event J.B. Pritzker said to Tichina he would think of her when he signed legislation to raise Illinois’ minimum wage to $15 hour. Instead, Pritzker invited Tichina to stand next to him at the signing ceremony today and offered her one of the signature pens he used to sign the measure into law. The historic bill will give an estimated 1.4 million Illinois workers a pay raise.