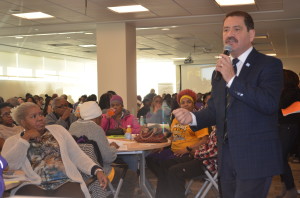 Working families of SEIU HCII enthusiastically endorsed Cook County Commissioner Jesus “Chuy” Garcia for Chicago Mayor because he is a progressive champion for working families.  Garica addressed over 300 members of SEIU Healthcare Illinois on January 17th to accept the union’s endorsement – see video and slide show of the event. Chuy Garcia believes that all of Chicago’s children deserve a world class public education and continues to fight for living wages, safe communities, access to affordable housing, child care, and healthcare, and a fair economy that benefits everyone, not just the wealthy few.

“Chicago is a city divided because of Mayor Emanuel’s agenda to favor the richest 1% over working families and communities of color.  All Chicagoans deserve real economic opportunities that create good jobs with living wages, as well as fundamental fairness with respect to city services, taxes, and investments in our neighborhoods that provide a better quality life.  But by any measure, Mayor Emanuel’s agenda, as epitomized by his decision to close 53 neighborhood schools, has been an abject failure for working families in our city.

“That’s why our SEIU members enthusiastically endorse and are committed to work hard to elect Commissioner Jesus ‘Chuy’ Garcia as our next Mayor of Chicago as well as a slate of progressive candidates for City Council.

“Chuy Garcia will unite Chicago’s neighborhoods instead of dividing us.  He believes that we should invest in our communities again and put working families first over corporate special-interests and profits.  As a key ally of Chicago’s legendary and first African-American Mayor, Harold Washington, Chuy Garcia will be the inclusive, caring, visionary and decisive leader that Chicago deserves.

“We are proud to fight to make Chuy Garcia our next Mayor of Chicago and to elect progressive candidates to City Hall who will be independent and represent the interests of working families.” 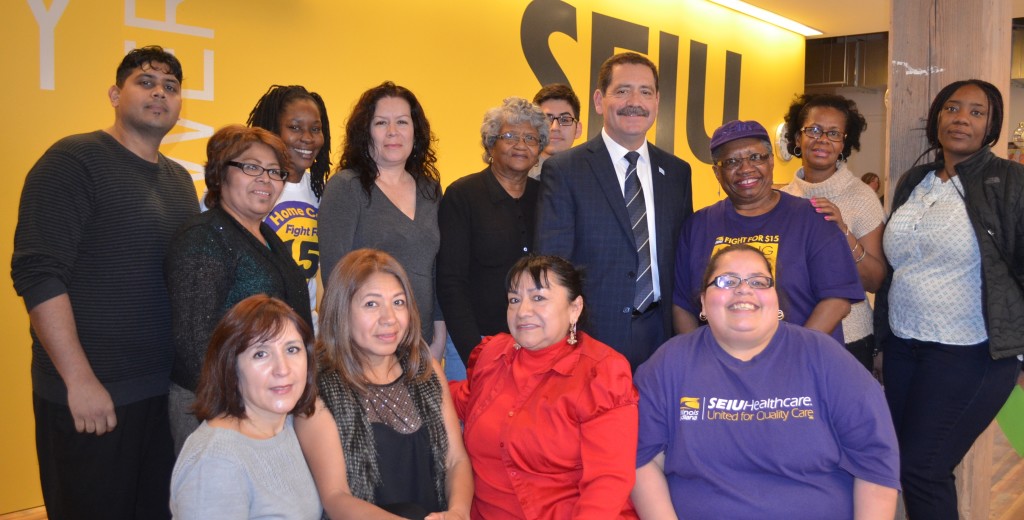