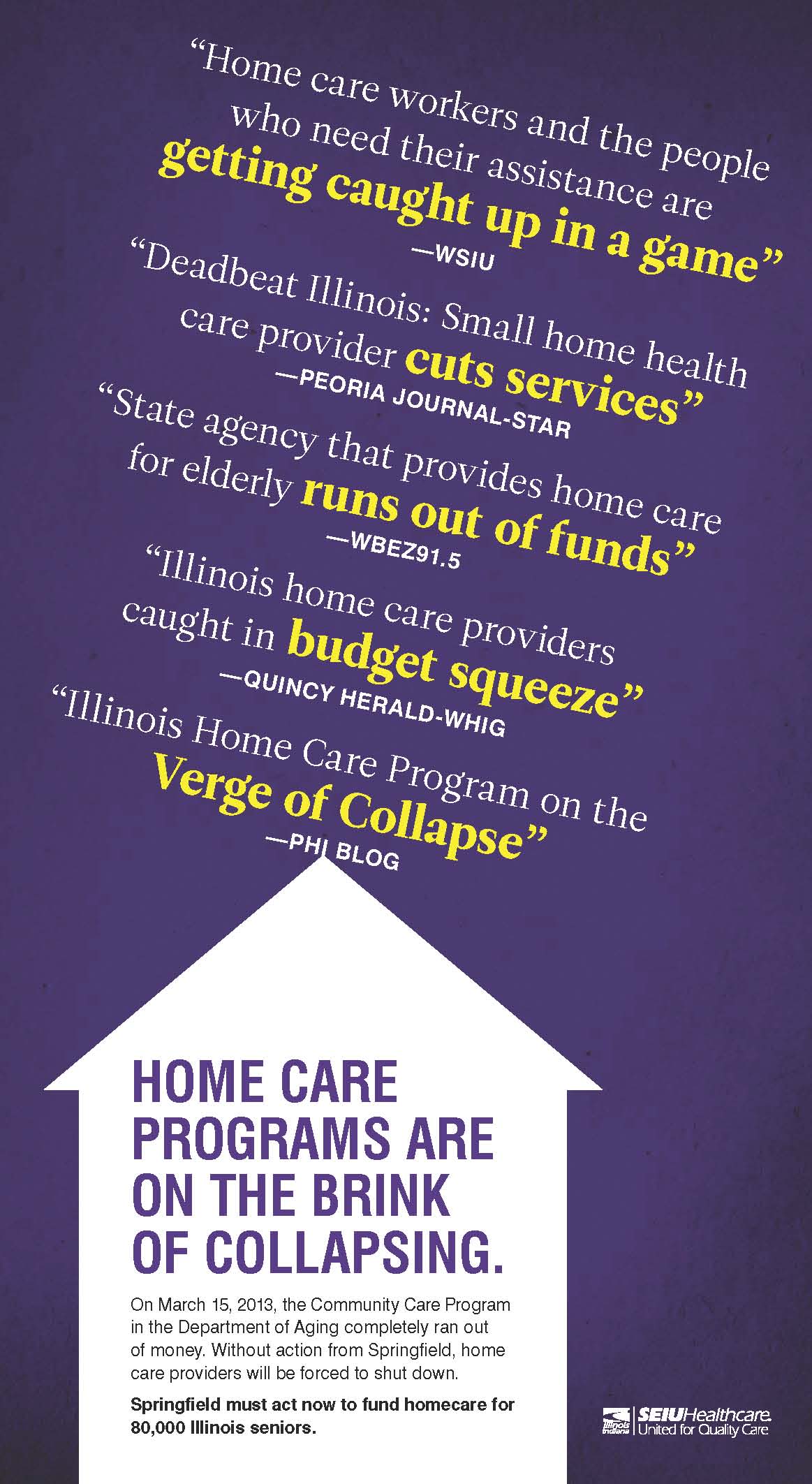 SPRINGFIELD, IL – After nearly a month of political stalemate on efforts to resolve a financial crisis threatening home care services for more than 80,000 Illinois seniors, the union representing home care workers launched a comprehensive paid media and field campaign on Wednesday urging lawmakers to pass supplemental funding to save the program.
SEIU Healthcare Illinois and Indiana, which represents 30,000 home care workers who participate in the financially distressed Community Care Program, initiated a multi-tiered campaign to alert the public to the funding woes that have already caused service cutbacks in some markets around the state.

The campaign will include:

“The fate of 80,000 seniors and 30,000 home care providers is hanging in the balance while home care funding is held hostage to partisan gridlock,” said SEIU Healthcare Illinois and Indiana President Keith Kelleher. “This is a program that not only allows seniors to continue to live independently, but also saves the state money it would otherwise have to spend on long-term institutional care. Morally, politically and financially, we can’t afford to short-change our seniors.”

Legislators allowed CCP to run out of money on March 15th – leaving its coffers barren through the remainder of the fiscal year – despite warnings of potentially catastrophic repercussions from the association representing agencies that provide home care.

In a letter sent to lawmakers in early March, the Illinois Association of Community Care Program Homecare Providers (IACCPHP) urged them to pass a $173 million supplemental appropriation for CCP and “avoid a collapse of the homecare agency infrastructure.”

Without that infusion, the Association predicted that 37 percent of its members would not survive the fiscal outage.

The union has established an on-line hub for the public to take action to urge lawmakers to address the escalating crisis: www.saveseniors.com
-END-