If Congress can’t find the money to stop cuts to the federal budget next year, tens of thousands of low-income families could be dropped from Head Start programs across the country.

According to a report by Sen. Tom Harkin (D-IA), who chairs a subcommittee that deals with human services and education, as many as 96,179 children could lose access to Head Start programs if we don’t reduce our national debt by $1.2 trillion in the next six months. In Illinois alone, this translates to a cut of nearly $25 million, putting almost 4,000 Illinois kids out of care and leaving 71 Head Start workers jobless. 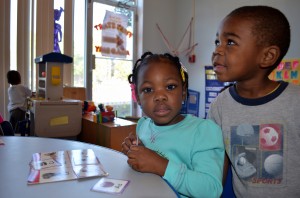 But it’s not just Head Start staff who could lose their jobs if these cuts happen—parents’ jobs are at risk, too.

“If Illinois loses Head Start funding, a lot of my parents would be forced to stay home and watch their kids during the day instead of going to work,” said Tanya Davidson, who teaches infants at the Centers for New Horizons and the Effie O. Ellis day care centers in Chicago. “If they don’t work, they can’t pay rent. Some of them might even end up homeless.”

The loss of a Head Start education can have a developmental impact as well as a financial one. “A lot of the infants that come in are eating regular, grown-up table food when they get here because the parents don’t know that they need special food until they get older,” Tanya said. “It’s really important for their health and development that these kids and parents have access to the education that Head Start centers provide.”

Educators and allies have been working to find new ways for Congress to continue to fully fund Head Start, such as allowing the Bush-era tax cuts for wealthy Americans to expire. Read more here.