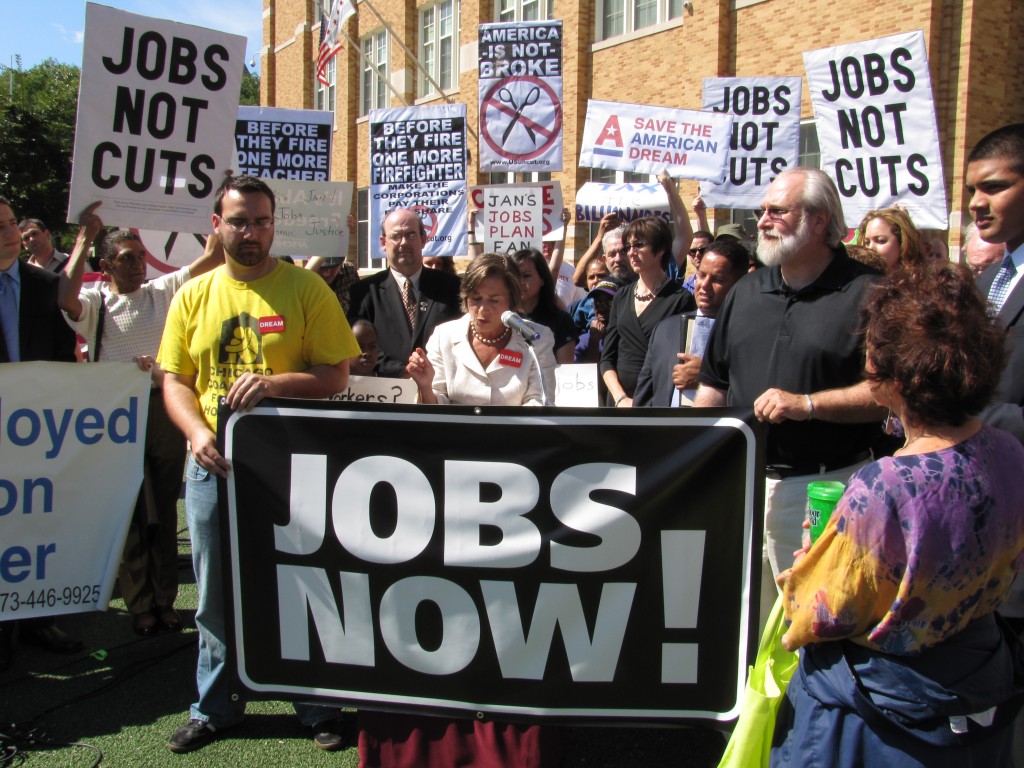 “This is wonderful,” says Annette Jones, an SEIU Healthcare Illinois member who attended the press conference.  “We need to straighten out our economy, and the biggest problem is that so many people don’t have jobs.  We need to get people working, and the American Dream Act would do just that.”

The 2.2 million jobs created by the Act would meet critical needs to make American communities stronger.  For example, the American Dream Act would create jobs in healthcare, child care, and early education to expand access to these services.  The Act would also provide funding to hire police officers and firefighters to keep our neighborhoods safe, and would create jobs to do needed school rehabilitation projects, restore and rehabilitate natural, cultural and historic resources, and to do other needed work in our communities, including public property maintenance and beautification, housing rehabilitation and new housing construction.

At a time when many governmental leaders are talking about the debt ceiling and reducing the deficit, Representative Schakowky spoke of the need to address the job deficit facing our country.  Local leaders, workers and an unemployed constituent facing homelessness also addressed the crowd, speaking about how the American Dream Act would help them and their communities by putting people to work, increasing capacity for needed projects and services, and allowing people to move from relying on public assistance to paying taxes.