The following is a statement from Erica Bland-Durosinmi, Vice President of Politics at SEIU Healthcare Illinois, on behalf of the Raise Chicago Coalition:

“Though we are getting closer to hundreds of thousands of Chicago families getting a raise they desperately need and deserve, Mayor Lightfoot’s proposal still leaves tens of thousands of tipped workers vulnerable to wage theft and sexual harassment. We know – both from workers’ own stories and from the data – that a sub-minimum wage discriminates against women, transgender people, and people of color. We also know that tipped workers routinely take home less than $13 an hour even after their tips. Raise Chicago’s ordinance, sponsored by Ald. Sophia King, provides a responsible timeline over eight years for tipped workers to get to parity with everyone else, with tips on top of a fair minimum wage. Putting high-paid lobbyists of the Illinois Restaurant Association over the needs of low wage tipped workers is not progress. We continue to believe Chicago should have one fair wage.” 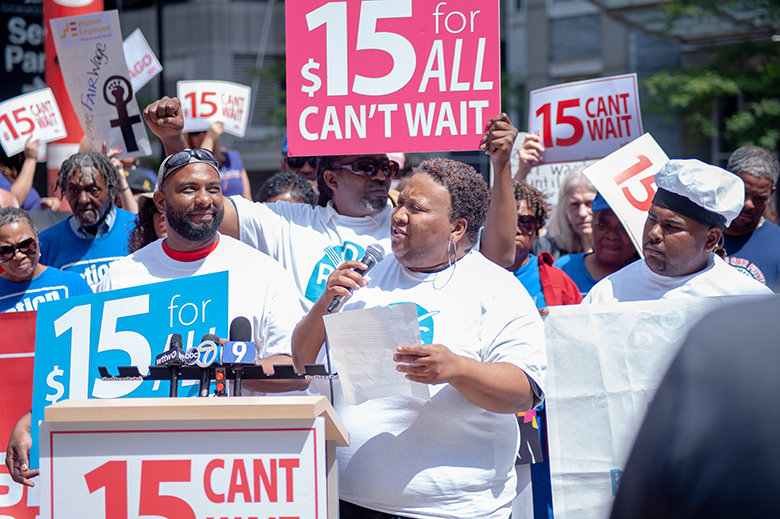