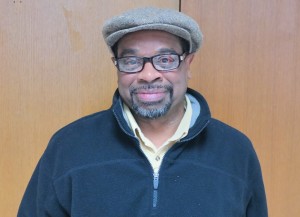 Ralph Stovall is a Floor Tech of 6 ½ years at Truman Medical Center Hospital Hill in Kansas City, Missouri, and he also serves as a union steward.

Stovall started working at TMC following a long career as a Sheet Metal Worker where he was also active in his union.

Through his activism with SEIU Healthcare Missouri, Ralph has attended lobby days, canvassed and phone banked on issues like defeating Right to Work, pushing for Medicaid expansion, and raising the minimum wage. 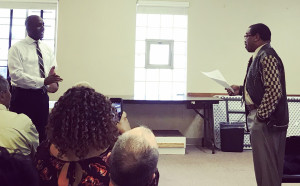 Most recently, Stovall helped lead a candidate’s forum to learn more about the candidates running to be the next mayor of Kansas City, MO.

“I’ve always believe in fighting for what is right and I also believe it’s very important that working people stay engaged in politics and know what our elected officials are up to because those decisions impact our day-to-day lives. It’s up to us to be informed and hold our elected officials accountable to the people who put them in office,” explained Stovall. 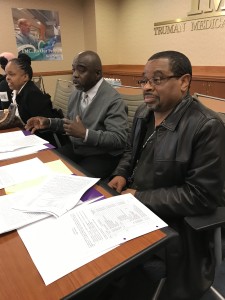 Stovall at the bargaining table representing his coworkers and negotiating a new contract.

Stovall is also a leader in his workplace, fighting to ensure their union contract is followed and serving as a member of the bargaining team to build upon past victories and make progress towards higher wages and better benefits for all employees.

“I’m proud to be a part of such a strong, diverse union. In SEIU, we really fight for our members both in the workplace and in the Capitol. Plus, we bring together so many workers from all different backgrounds and when we include everyone we are even more powerful.”

When asked about why it’s important to be involved in our union, Ralph points to strength in numbers. “We need to stick together because that’s how we win. When we’re united we can fight for the issues that matter to all of us and truly change our communities. In order to keep moving forward, we must always be building, organizing, and recruiting new members, so no matter what role you find yourself in, if you’re helping achieve those goals then you’re doing your part!”

When Ralph isn’t advocating for his coworkers or fellow working families in Missouri, he and his wife like to spend their spare time traveling and going out to dinner and movies.

We’re so proud to have Ralph Stovall as a union leader and look forward to seeing what he accomplishes next!