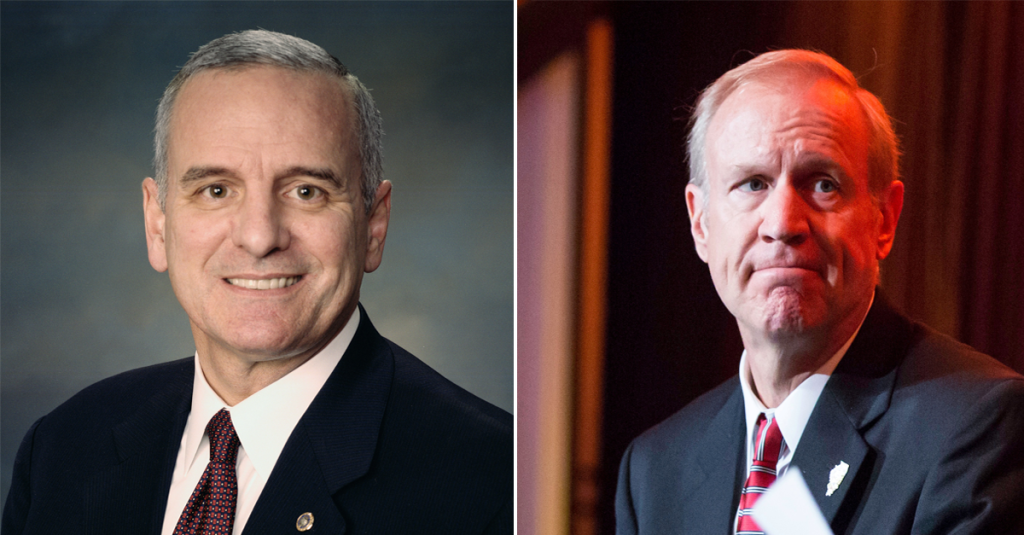 Journalist C. Robert Gibson reports in The Huffington Post that Minnesota Gov. Mark Dayton has pulled the state out of a deep deficit and created tens of thousands of new jobs by raising taxes on the wealthy and boosting the minimum wage.

Gov. Rauner argues that raising taxes on the wealthy and big corporations will cause an exodus in the state. Rauner claims that increasing the minimum wage will cost workers their jobs. He argues that cutting services and collective bargaining is the best way to get to a balanced budget.

All the evidence points to the Gov. Rauner being dead wrong about his budget priorities.

Minnesota Republicans offered dire warnings, saying that employers and the wealthiest residents would flee the state, the unemployment rate would skyrocket and Minnesotans would lose jobs en masse.

In fact, the opposite was true. According to Gibson:

Between 2011 and 2015, Gov. Dayton added 172,000 new jobs to Minnesota’s economy — that’s 165,800 more jobs in Dayton’s first term than Pawlenty added in both of his terms combined. Even though Minnesota’s top income tax rate is the 4th-highest in the country, it has the 5th-lowest unemployment rate in the country at 3.6 percent. According to 2012-2013 U.S. census figures, Minnesotans had a median income that was $10,000 larger than the U.S. average, and their median income is still $8,000 more than the U.S. average today.