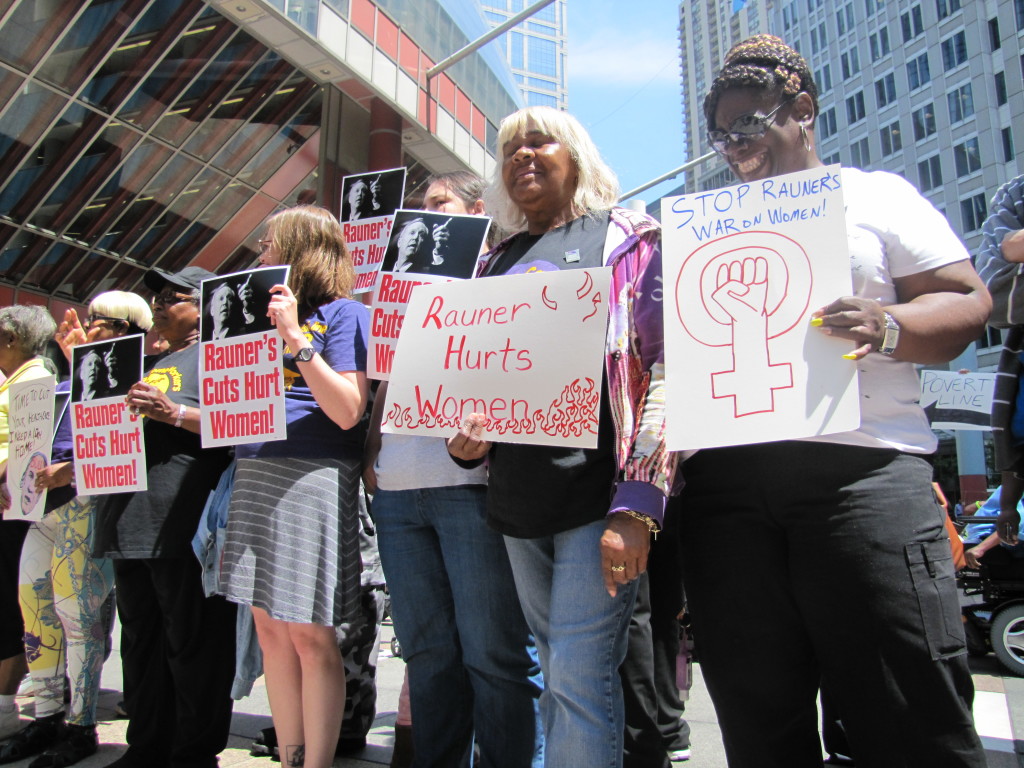 SPRINGFIELD — Gov. Bruce Rauner has defended his practice of paying top dollar to high-level state employees, saying he was willing to take the arrows to lure good people to government.

But records obtained by the Chicago Sun-Times under the Freedom of Information Act show that one of the highest-paid state employees hired under Rauner isn’t making a dent in the governor’s office budget.

In March, Rauner tapped Beth Purvis, a former charter school director, as his education secretary at an annual salary of $250,000.

At the time it was the highest-paid position in the governor’s cabinet.

But her contract, signed March 13, indicates that she’s being paid out of the Department of Human Services, even as it indicates she will “report directly to the governor’s chief of staff or designee.”

Three weeks after Purvis’ contract was signed, the governor’s office announced that the Department of Human Services was strapped for cash, and sliced $26 million in services including for autism, epilepsy and burials for the indigent. The cuts, later known as “the Good Friday Massacre,” caused some programs to completely shut down. The cuts caused a furor, prompting House Speaker Michael Madigan, D-Chicago, to call a public hearing on why it happened after Democrats said they believed a budget deal with the governor protected such services.

The Department of Human Services in its mission statement says it aims to serve “those who are striving to move from welfare to work and economic independence, and others who face multiple challenges to self-sufficiency.”

On Wednesday, the chair of the Appropriations-Human Services Committee in the House said he was unaware that DHS was paying Purvis’ salary, calling it “financial trickery.”