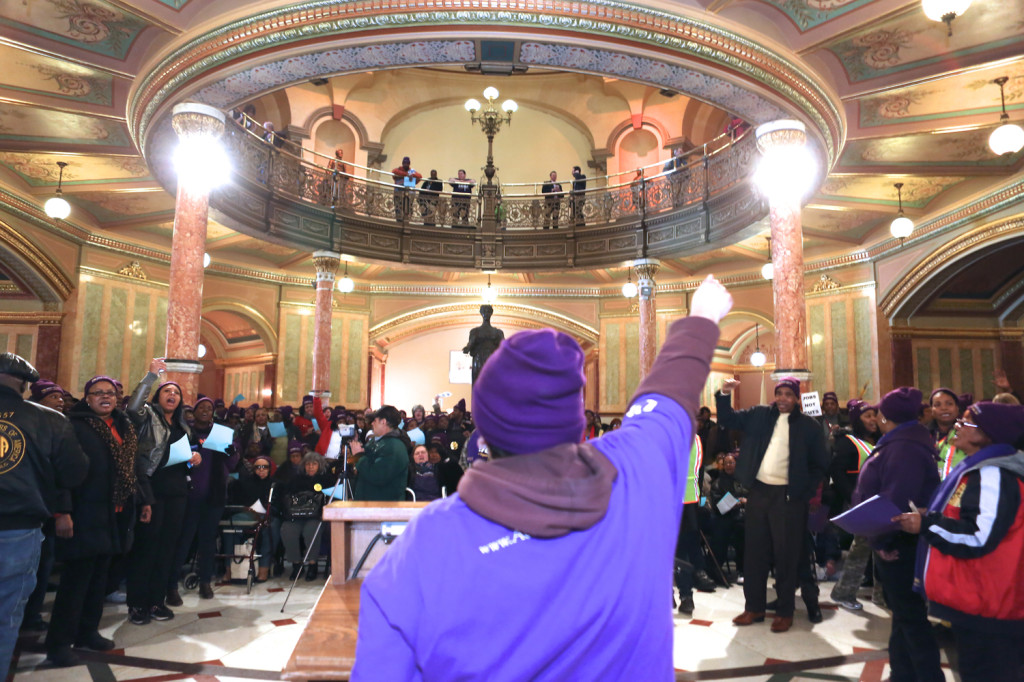 Rauner wants to take away virtually all union benefits that have been bargained for by these employees over the years, including health care, for tens of thousands of low-wage workers. These employees don’t get state-insurance, by the way, but belong to a union-funded plan. Taking health insurance away would represent a real hardship for them.

He’d also cut training-which would adversely affect the quality-of-care for countless seniors and persons with disabilities.

Additionally, as if this were one of his newly-acquired private equity properties, he wants to convert these workers into “independent contractors.” He also wants to remove the state’s neutrality position on the union and make it much harder for workers and the union to communicate.