Faith Leaders Call for “Real Solutions” Such as an Elected School Board, Creating Good Jobs, and Ending Mass Incarceration with a Bold Restorative Justice Plan

(Sunday, Feb. 15th, 2015, Chicago) –The “Souls to the Polls” coalition of faith leaders and African-American ministers across Chicago held a press event right outside the Chicago Board of Elections just before church congregants cast their votes in the city’s election for mayor and aldermen. (See the launch of the “Souls to the Polls” early voting drive on Jan. 28th).

“Today more than 100 churches around the city of Chicago have joined together for our ‘Souls to the Polls’ early voting Initiative. After 50 years from the passage of the Voting Rights Act it has never been more important to vote on issues that affect the African-American families and communities of color,” Rev. Curtiss DeYoung. “While Souls to the Polls does not endorse candidates, we know it is vital that our churches and communities vote and make our voices heard on the key issues facing our neighborhoods. If we do not vote, our neighborhoods will continue to be left behind.

Pastor Chris Harris Speaks at Souls to the Polls Event: “We Have a Moral Obligation to Exercise Our Right to Vote” 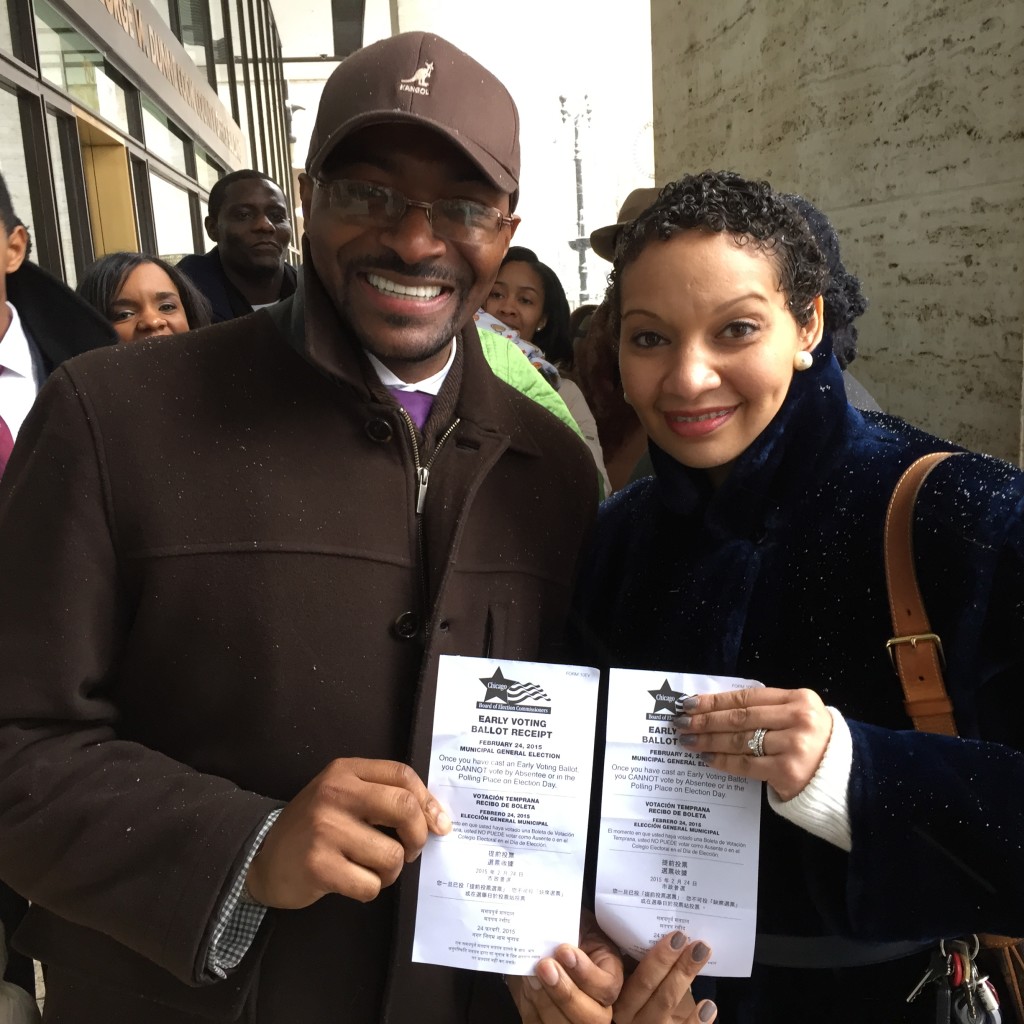 Pastor Chris Harris of Bright Star Church of God in Christ speaks about the importance of African-Americans to vote early to “sure our voices are heard and our communities are represented.” (Sunday, Feb. 15th, 2015).

The “Souls to the Polls” effort does not endorse any of the Chicago mayoral candidates, but faith leaders want African-American voters and working families to seize the opportunity to vote early in this year’s municipal election. Faith leaders say that the only way to guarantee that black communities and concerns are addressed is if African-Americans get out to the polls and vote. Early voting lasts until Saturday, February 21st.

Early voting in the black community has never been more important with so many vital issues and crises facing the future of Chicago, such as the urgency to create good jobs with living wages in all neighborhoods; guarantee quality education for all children; expand affordable child care and early learning; the choice of an elected school board that’s accountable to the community; reducing gun violence; lack of affordable housing; ending mass incarceration for people of color; and embracing a comprehensive restorative justice plan for those with criminal records. Faith leaders say that none of these systemic issues will be addressed if communities of color and working people don’t show up at the polls and let their voices be heard.

Churches participating in the“Souls to the Polls” early voting drive include:

Church of the Good Shepherd