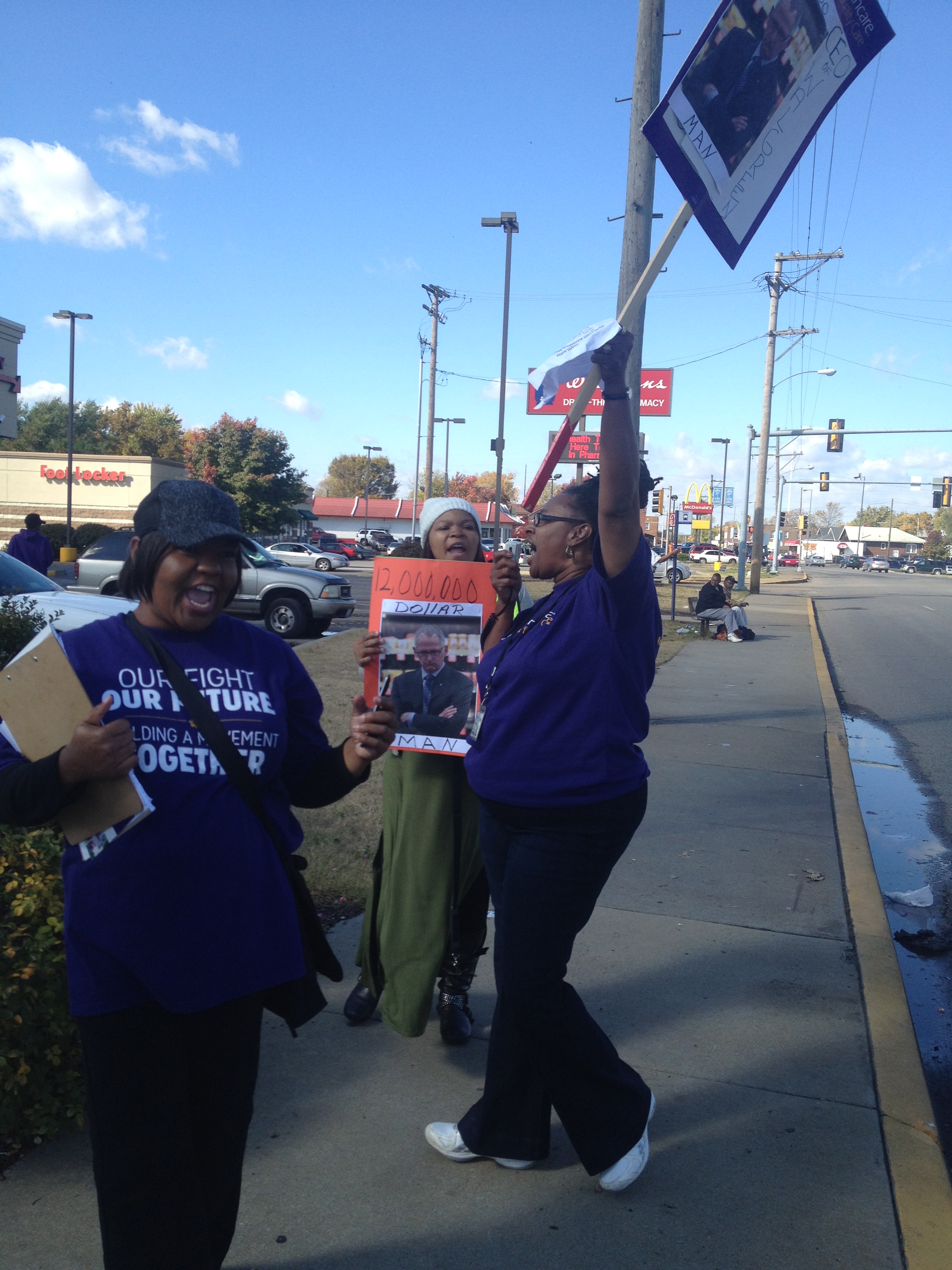 In East St. Louis, workers protested outside a Walgreens store on State Street against Gregory Wasson, the wealthy CEO and President, asking him to pay his fair share in taxes.  Advocates delivered a letter to the store manager and asked it be faxed directly to Mr. Wasson. 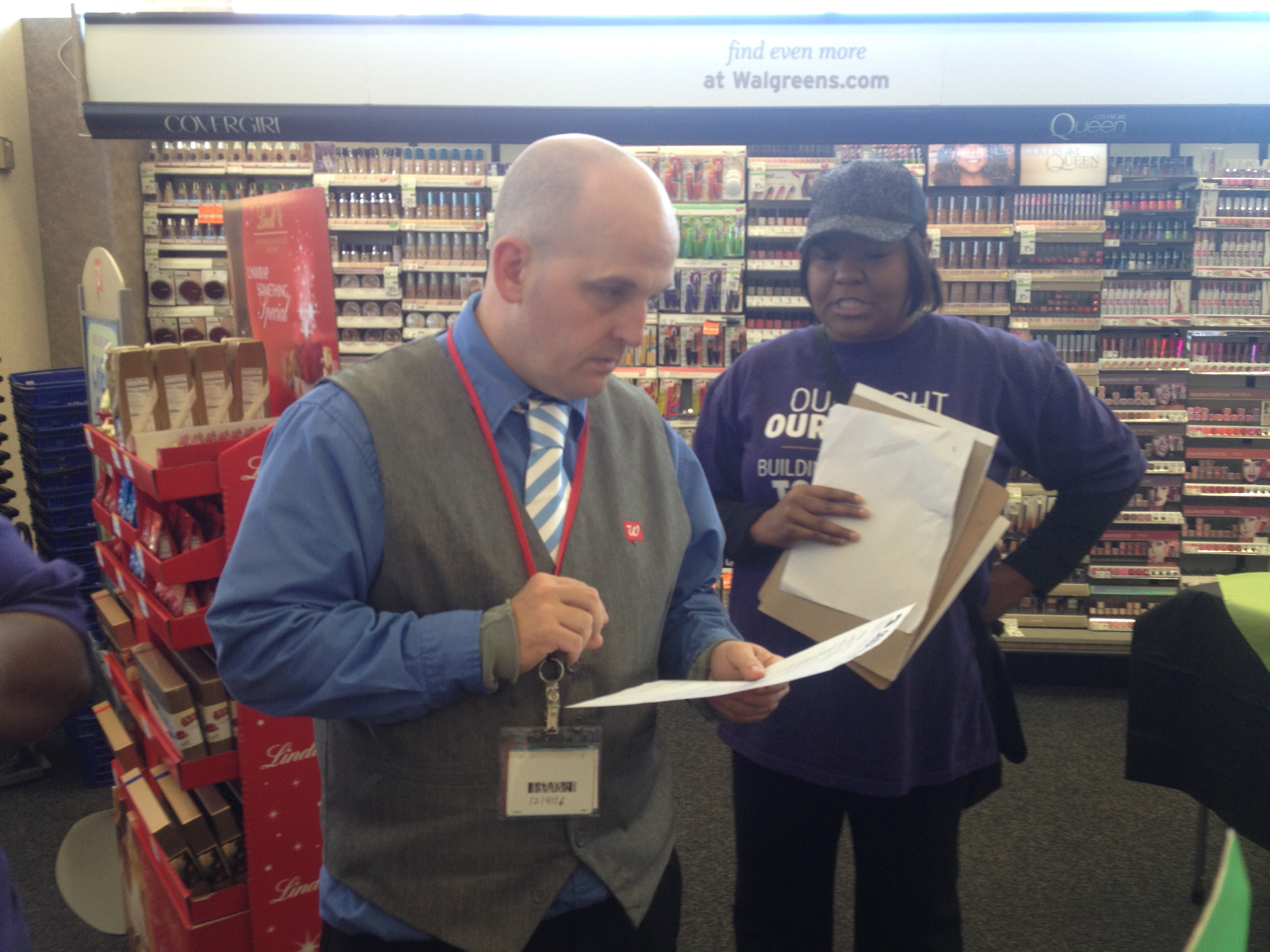 On the south side of Chicago, workers also protested a Walgreens and a McDonald’s store. And on the west side of the city, working families protested outside a Walmart Superstore.

Workers say that it is critical that Illinois’ lawmakers get their priorities straight and make “tax fairness” a central goal in the legislature by closing corporate loopholes and reforming the state’s current income tax system.  Such reforms would support and empower Illinois’ small businesses, and allow the state to invest in communities and ease the burden on working and middle class families. “Why should a banker or corporate executive making over a million dollars each year pay the same flat income tax rate as a single mom making $15,000 a year?  It’s simply not fair,” said Tiki Tunstall, a child care provider in Metro East, Illinois. “When the rich and corporations don’t pay the fair share, our programs go unfunded, and working families have to pay the price.” 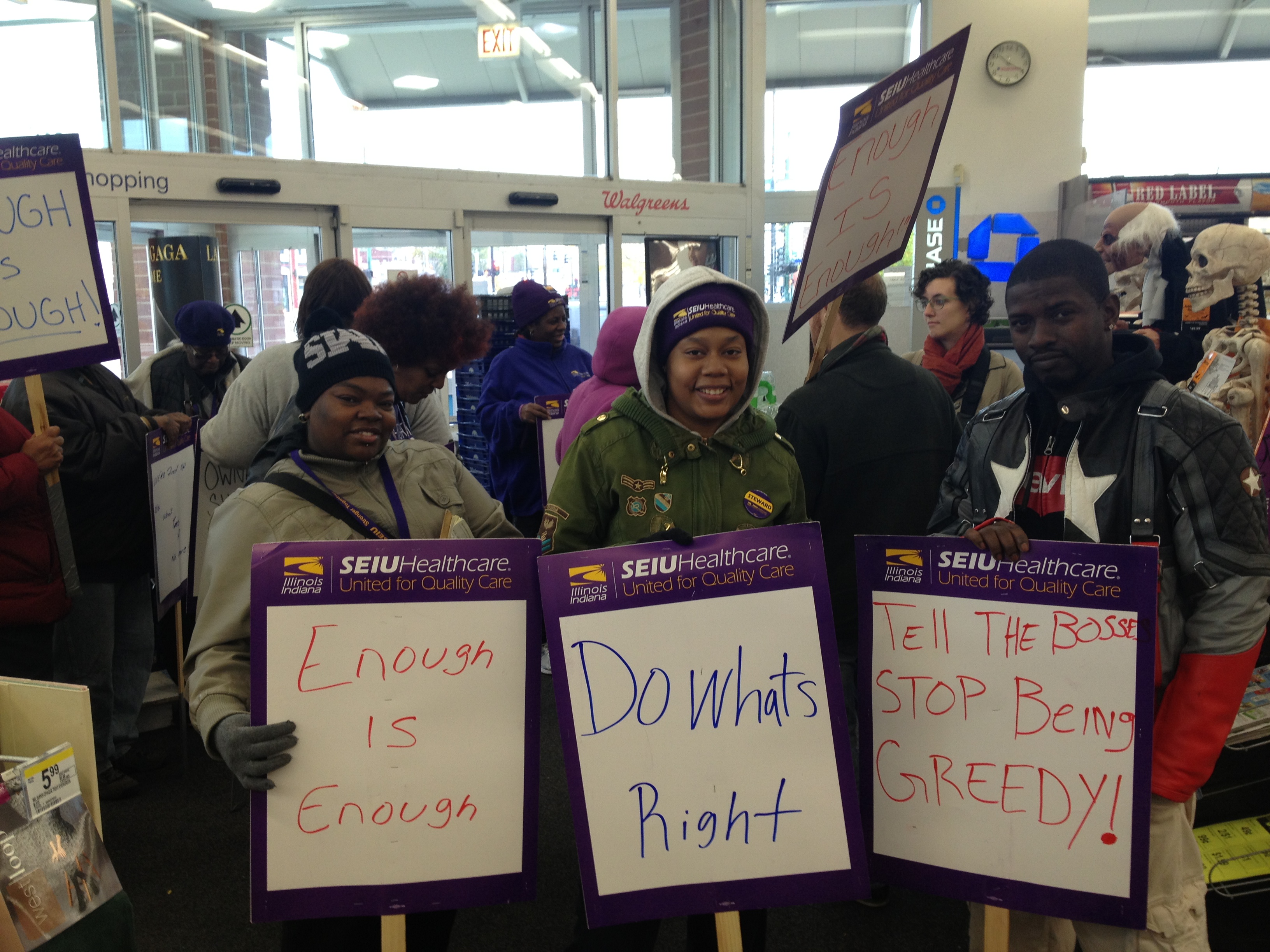 South Side of Chicago: workers call on Walgreens CEO to support the fair tax, Nov. 1, 2013