We are pleased to post the following commentary from Leary Ann Crawford, a home care aide and HCII member organizer helping to build community in Chicago’s 6th Ward.  Leary Ann’s letter was originally submitted to the Chicago Tribune for consideration. 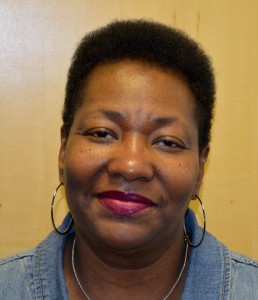 Two articles in the Chicago Tribune on Feb. 15th, one about tax fairness, the other about preschoolers learning finance, could have easily appeared side by side.  The first was a front page story about a statewide poll that showed 3 in 5 voters believe that the present tax code favors the rich, which it clearly does.

Readers should look no further for evidence than the massive tax breaks worth over $85 million given to CME Group which runs the Chicago Mercantile Exchange, even though the corporation made over $900 million in profit in 2010.  But the more interesting story, “Preschoolers get a lesson in finance,” quoted Joanne Dempsey, executive director of Eco Illinois as saying, “No matter what our financial situation is, we really cannot have everything we want. We have choices to make.”

This point being taught to young children should also be understood by lawmakers in Springfield.

State budgets are about priorities.  When we refuse to ask millionaires to pay their fair share in taxes and turn right around and cut access to health care for low-income families and seniors, or early childhood education, we are making “destructive choices.”

As a homecare worker on the South Side, I help vulnerable people with daily tasks to give them a quality of life.  I pay my taxes and struggle to make ends meet.  Why do we allow millionaires and large corporations to continue to manipulate our tax code for their own benefit while working people struggle just to get by?

It’s simply not fair. Even a three-year-old understands that.