With Indiana’s minimum wage at $7.25 and being a right to work (for less) state, Terra said she stands with the demand to raise the minimum wage to $15 and expand union rights.
“I had a great experience,” said Terra, who has been with the Southlake campus for seven months, and formerly worked in home care and assisted living care.
“I had never been in a worker rally that large before. The power demonstrated showed that it will take all of us united to make our demands become a reality. That’s why I wanted to be involved.” 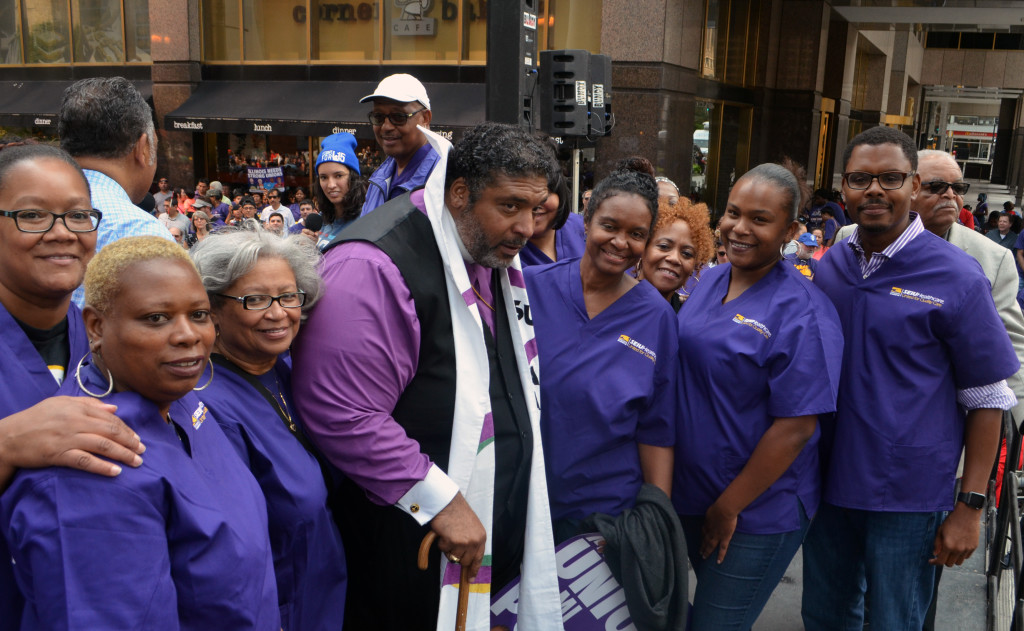 Bernita Drayton, the union’s executive board chair, said it’s important for members to experience rallies where they realize they’re not alone in their battles for wages, benefits and respect on the job. She said keynote speaker Rev. William Barber of North Carolina also helps workers “connect the dots” of how workers can gain power.
“When you think about the care we give and the fact that we save lives, hospital support staff is drastically underpaid,” she said. “The problem is there are way too many administrators at the top being paid lots of money and they don’t think about the ‘little people’ who really do the work.”
###
This article originally appeared in the 2017 Winter Newsletter. Volume 10, Issue 1
Related: In Northwest Indiana, Franciscan Alliance Stalls With Acquiring Methodist Hospital