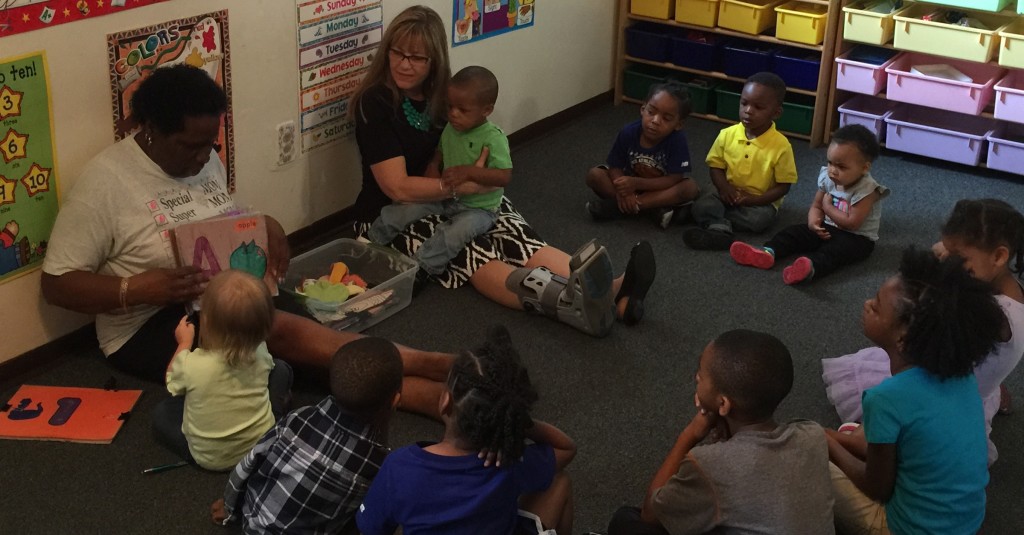 From the Chicago Tribune:

Dortha and Estern Rivers’ days for the past 21 years have been filled with songs, games and nap times.

In their Rivers Home Daycare in Zion, the couple cares for kids ages 1 to 6 while their parents are at work or school. Now, because of uncertainty over state funding, the Rivers are facing tough choices when it comes to their business and their livelihood.

The couple say they may have to say good-bye to families whose little ones they’ve cared for since birth, like Jasmine Williams’ 2-year-old son Cameron.

Williams depends on the Department of Human Services’ Child Care Assistance Program (CCAP), which provides parents with subsidies for some or all of their day care costs.

The state-funded program has been in jeopardy of losing funding since the last fiscal year when it was deemed underfunded by $300 million, said Maria Whelan, president of the Illinois Action for Children.

The overall budget cut to CCAP includes three key elements: the elimination of care for children ages 6 and older; no future funding for relatives who stay home to watch children; and an increase in parent co-pays, Whelan said.

Illinois lawmakers have been unable to agree on a state spending plan for the fiscal year that started July 1, and it’s uncertain if or when a new state budget will be in place. Providers will be paid for the month of June, but state funding beyond that is unclear.

Until lawmakers and Gov. Bruce Rauner can agree on a budget that funds the program, 612 Lake County home day care providers, like the Rivers, will have to wait and see wether they will receive payments from the state this month. In Illinois about 32,000 day care providers would be affected by the cuts, Whelan said.

For the Rivers that could mean that more than 50 percent of their monthly income would be shorted, since only 3 out of the 10 children they care for are not in the child care assistance program.

Although Dortha said she wouldn’t close the day care to the three families who don’t depend on CCAP, she’s not sure whether she’ll continue to work with the families who can’t afford to pay.

Williams said her toddler, Cameron, would miss out on being with the people he’s known all of his life.

“I wouldn’t know who to take my son to while I work,” Williams said. “I need to work to pay my bills.”

Dortha’s not ready to give up yet.

Read the full article from the Chicago Tribune