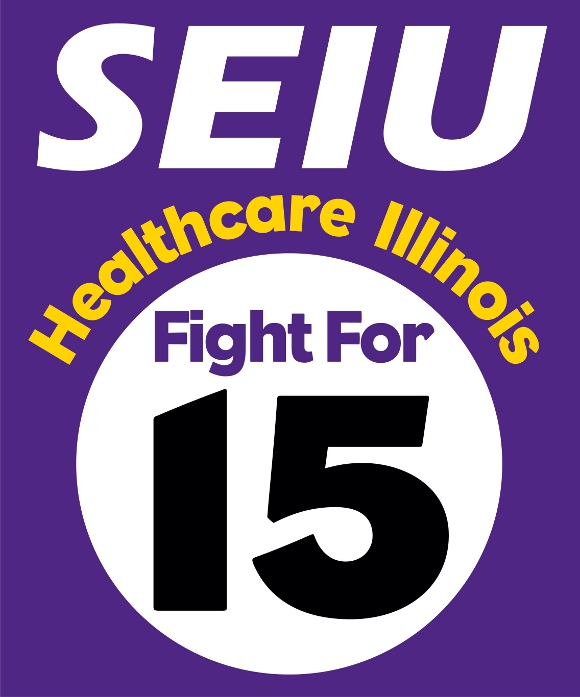 Providers to speak out about their low-wages and high cost of child care assistance.

10am  – Senior teach-in at Beth-Anne Residence
Families from several different senior buildings and centers will join home care workers to do a teach-in about the richest 1% and who is to blame for Illinois’ home care crisis.  Seniors will sign and display a large banner which will later be used in the march from the University of Illinois at Chicago.

Nursing home workers, wearing Fight for $15 t-shirts, will be available for interviews about their struggle trying to survive making poverty wages and announce they are joining the movement for $15 an hour. Nursing home workers will also hand out fliers to educate the public about Gov. Rauner’s extreme Medicaid cuts that will hurt low-income children, families, seniors, and patients.

3:30-4pm – Protest Against Bank of America (Roosevelt and Ashland)

Home care workers, child care providers and community advocates will hold a protest outside Bank of America to demand that the bank renegotiate toxic swap deals that are fleecing millions of dollars of taxpayer money which should be used instead to protect home care assistance and expand access to child care for working parents.

Thousands of SEIU Healthcare Illinois members, workers and families will converge at the University of Illinois at Chicago, University Hall Plaza for the largest low-wage worker mobilization yet in the Fight for $15 movement. Speakers from home care and child care will speak from the stage about why the Fight for $15 is crucial for their economic security and that they simply cannot survive on poverty wages.