Following our successful rally last month, home care and hospital workers ramped up the pressure to expand Medicaid last Monday in another action at the Indiana Statehouse.

Workers joined with low-income Hoosiers, members of the clergy, elected officials, and other allies to renew our demand to extend insurance for Hoosiers stuck in the ‘coverage gap’—people who make too little to buy subsidized insurance on exchanges, but who make too much to qualify for Medicaid as the rules stand today. 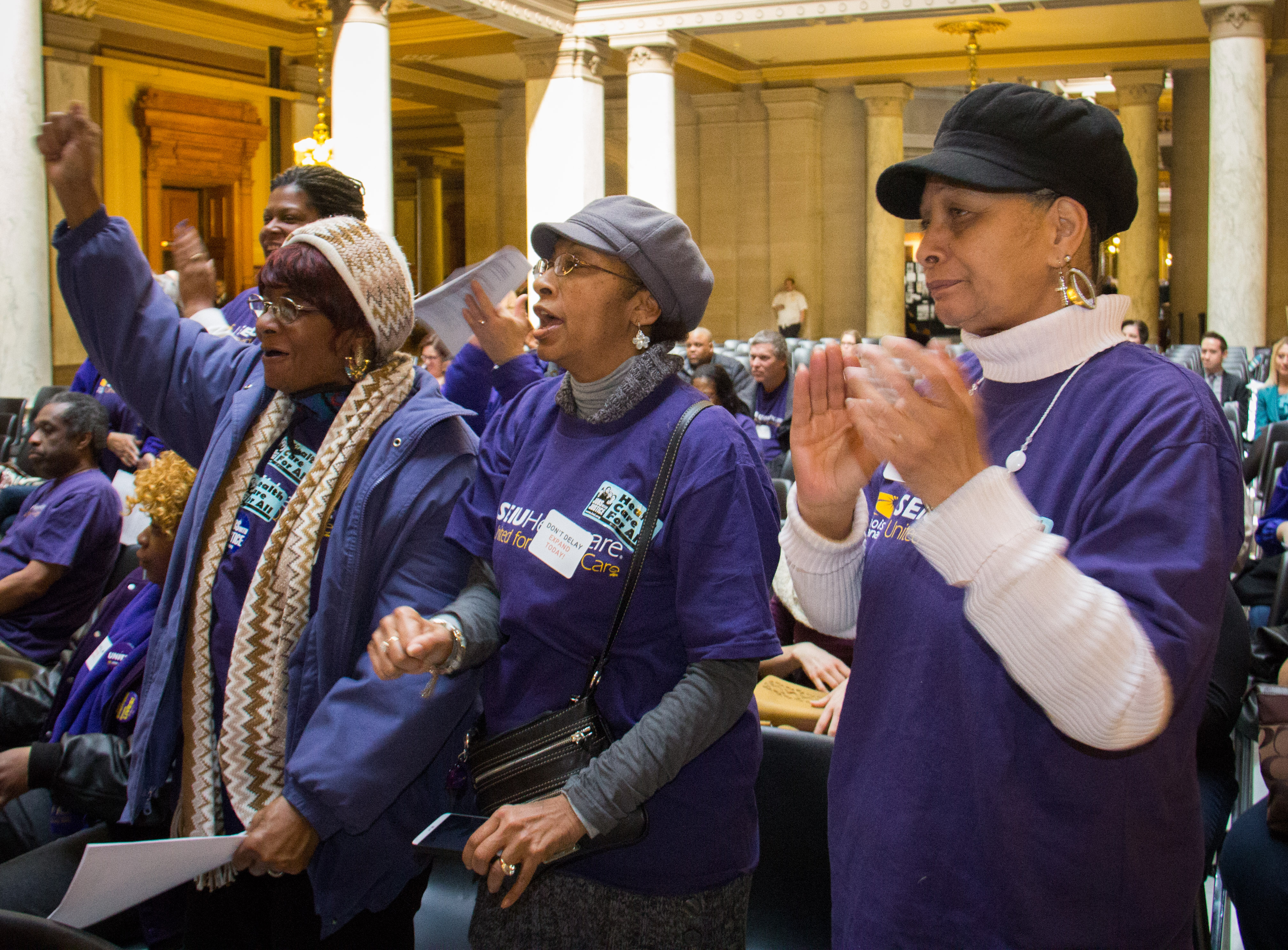 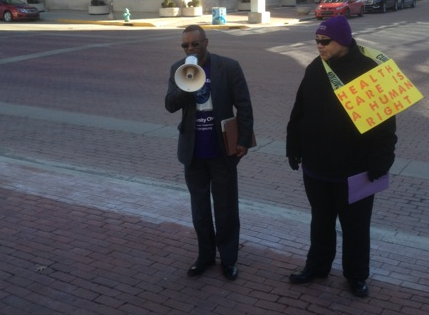 “Because I work with people with severe health problems, I am aware that it just takes one fall, one accident, one heart attack or one serious illness to take away someone’s independence. I worry about getting sick or having an accident because I don’t have health insurance and I just can’t afford to get care. I haven’t been to see a doctor in four years. I can’t afford it so I go without, which means I could be developing serious health problems and not know it,” said Vickie Rhodes, a home care worker.

Vickie’s story illustrates one reason that advocates are fighting so hard for this expansion: when sick people are forced into the ER when their health problems get out of hand, rather than having the ability to seek much more affordable preventative care, taxpayers are forced to foot the extra costs. Medicaid expansion would result in more than ten billion dollars in additional federal funding for Indiana, 30,000 new jobs, and more than 400,000 newly-insured Hoosiers. 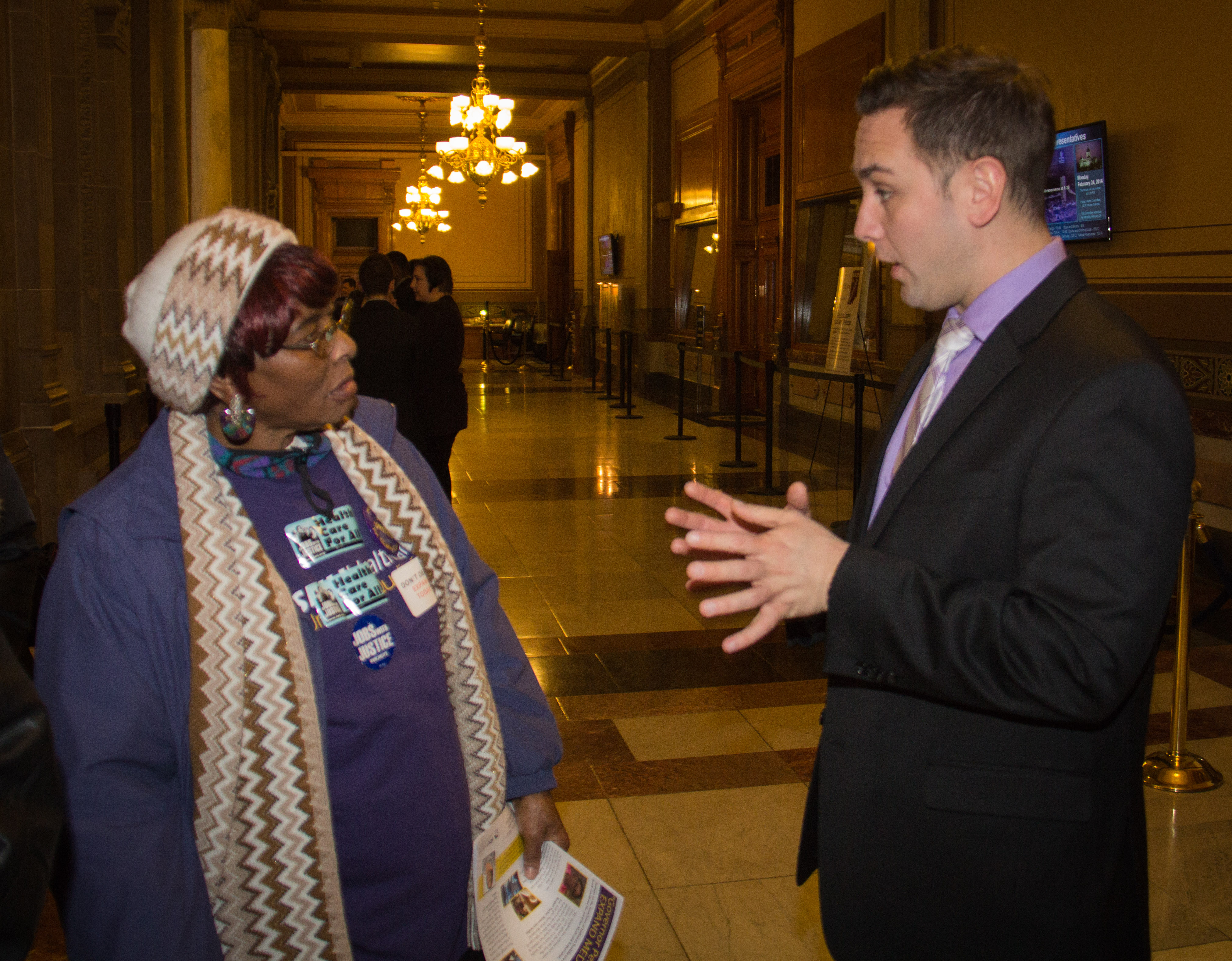 Senator Karen Tallian and Representatives Karlee Macer and Sue Errington joined us in calling on the Governor to pass this expansion. After our rally on the Statehouse steps, our group proceeded inside to talk to our elected officials directly.

“Governor Pence, there are over 400,000 low-income people like me in this state that NEED you to support Medicaid expansion,” said home care worker Theresa Johnson from a stage on the Statehouse floor. “With a little courage, you could cover the majority of our state’s poor uninsured. The fact is that health care is a human right—and we ALL have the right to live a healthy life.”