Over the weekend, HCA told SEIU nationally that workers need to either accept:

Or, face a 10% layoff across all bargaining units and an immediate end to pandemic pay. 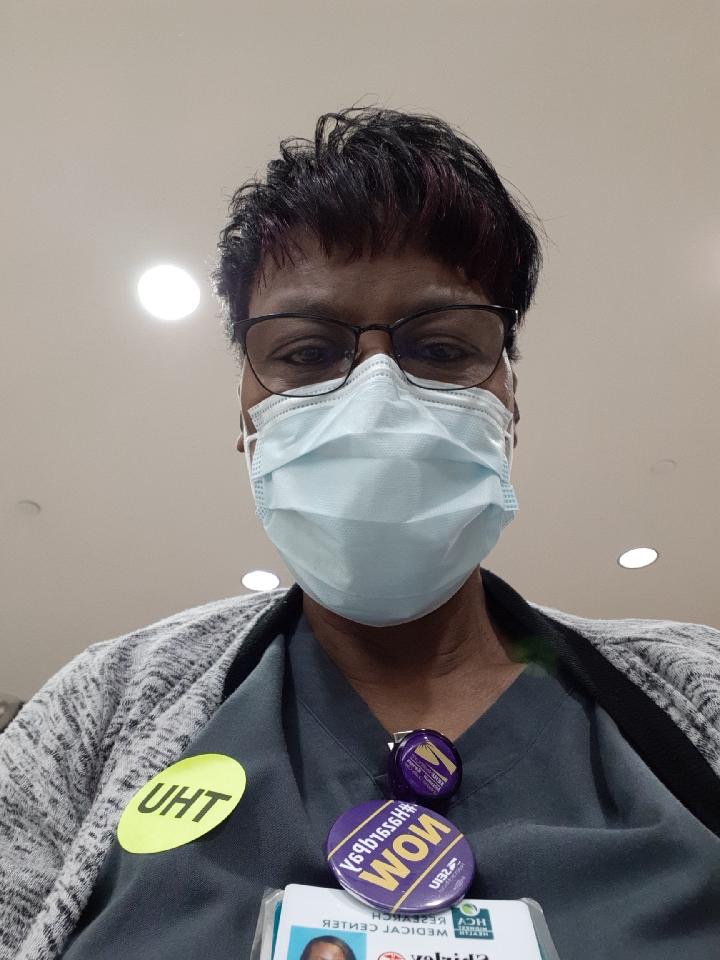 “To say this proposal was a slap in the face as we have tirelessly worked on the frontlines of a global pandemic for the last two months is an understatement. That’s why we moved quickly to plan a strong response!”
– Shirley Caston, GI Tech at Research Medical Center & SEIU Bargaining Team Member

Across the country, HCA workers quickly mobilized like our bargaining team at Research and Menorah. By Tuesday morning, we had planned actions both in our hospitals and publicly.

We’re ready to shame HCA because they should not be threatening the job security of frontline workers while they have collected more than $13 million in taxpayer dollars through the CARES Act at Research and Menorah alone! Overall, HCA nationally has raked in $700 million from the CARES Act and another $4 billion in Medicare advance payments!

By Tuesday afternoon, we heard from HCA and they scaled back their proposal significantly in the face of our pressure. Now, they are demanding that we accept a wage freeze in 2020 in exchange for agreement that there would be no layoffs this year.

This is still a bad deal and we’re ready to fight because we know that HCA has the resources to give dedicated frontline workers a raise and to commit to no layoffs.